The History of the Census

Saturday, September 28, 2019
The U.S. was the first country to mandate a census in its constitution and the first to use it for apportioning political power 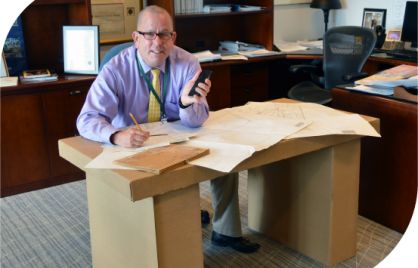 In the United States, it is a 230-year-old tradition. Worldwide, the practice is much older than that, dating back to the time of the Ancient Babylonians, Chinese, Egyptians and Romans. It Is our nation’s largest civilian exercise and it is specifically called for in Article 1, Section 2 of our Constitution.

Enumeration shall be made within three Years after the first Meeting of the Congress of the United States, and within every subsequent Term of ten Years, in such Manner as they shall by Law direct.

It is the decennial census and this spring we’ll once again engage in this count of our population and collection of important and informative data.

Before the enumeration begins, let’s look back at the history of the census so we can better understand the tradition we are about to carry forward.

One of the first things that the United States’ first Congress instructed the government to do was to conduct a census. It took place in 1790, more than a year after the inauguration of President Washington and shortly before the second session of the first Congress ended. As Secretary of State, Thomas Jefferson oversaw the process, including management of the US Marshals tasked with carrying out the census in the original 13 states plus the districts of Kentucky, Maine, Vermont and the territory of Tennessee.

While early records from several states have been lost, we know that the first census counted 3.9 million Americans, including nearly 700,000 slaves, excluding Native Americans. Both Washington and Jefferson, among others, dismissed these results as an undercount so as to not appear weak in the eyes of European allies and foes.

A particularly unpleasant fact about the first census was that only 3 out of every 5 slaves was counted.

The government used these results of this first census to allocate Congressional seats and electoral votes and to fund government programs, practices that continue today.

While the Constitution only requires a population count, the decennial census continues to grow, collecting data and offering information about the population and the economy. The first census asked six questions. Prepared by a special committee established by Congress, the questions covered gender, race, relationship to the head of the household, the name of the head of the household, and the number of slaves, if any.

By contrast our upcoming census will ask approximately 12 questions.

During the 19th century, the census grew to collect more information from more people. To keep up with the growth, in 1879, specially trained enumerators replaced the U.S. Marshalls in carrying out the census. Then, in 1902, Congress created a permanent Census Office within Department of the Interior. One year later, the Office moved to the brand-new Department of Commerce and Labor. When that department split in 1913, the Census Office remained with Commerce.

A time- and labor-intensive process, the census took years to complete by hand, often rendering the information obsolete by the time all of the data had been analyzed. Fortunately, in 1951, the first non-military computer ever produced in the U.S. was added to the team. The UNIVAC I weighed 16,000 pounds and took up an entire room, but also sped the pace of tabulation. Years later, an invention by Statistician Herman Hollerith replaced the UNIVAC I. Seeking a time-saving solution, Hollerith invented an electric tabulating machine in 1997, an invention that later became part of IBM.