Edgewood Recreation Center Gets a Makeover 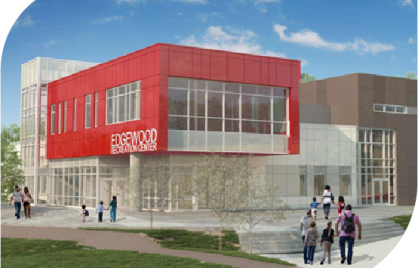 The population of the District of Columbia has grown since the census in 2010. DC neighborhoods are now denser, with population spikes in both adults and children. So, what can the census do to ensure amenities such as recreation centers and green spaces are growing just as quickly as the population?

That’s a sizable change since the 2010 census! And that’s why it’s important that we make sure we’re all represented for the upcoming census in 2020. We all want to continue to enjoy neighborhood amenities and welcome new ones -- accurate representation will guarantee that.

In fact, Edgewood already has a plan for its growing population, that will likely be confirmed by the 2020 Census. The recreation center will grow from 2,067 square feet to 19,402 square feet and will feature an indoor gymnasium, fitness and workout room, multipurpose rooms, a computer lab, youth and senior lounges, and reading room. Exterior improvements include new sport courts, an amphitheater, new playgrounds, walking track, a splash pad and athletic field improvements. Last, but not least, the new Edgewood Recreation center will feature the District of Columbia Parks and Recreation’s first rooftop farm, and a natural gas-powered generator.