The Census and Legal Status

Thursday, February 13, 2020
Why should undocumented people participate in the Census? 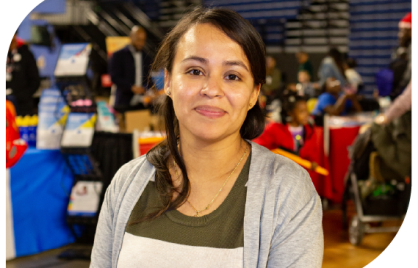 The 2020 Census will kick off mid-March, with people responding via phone, mail, and online. But in some homes, a big question still looms: Why should undocumented people participate in the Census?.

The biggest concern undocumented people have about participating in the 2020 Census is that the current (anti-immigration) administration in the white house will misuse that data, leading to legal consequences — or even deportation — for people who are in the country without papers.

The question came into sharp relief last year, when the Trump administration attempted to put a citizenship question on the 2020 Census. That move was struck down by the courts and there will be no question asking whether or not household members are citizens on the form in March.

In the face of those valid fears, activists are still encouraging all immigrants — including those who are undocumented — to participate in the Census. They point out that it is illegal for the Census to share any information with Immigration and Customs Enforcement (ICE) or any other law enforcement agency at the local, state or federal level. Participating in the Census isn’t about immigration status. Instead, it’s about making sure that everyone is counted, because the federal government uses those numbers to decide where to allocate federal dollars back to states and communities. In other words, if you’re not counted? You don’t count. And that means your community could lose out on funds to support schools, hospitals, and roads.

“We're doing this counting because we believe that we're part of communities that will have each other's back, because we think that that's the right thing to do to ensure that we have what we need and because it's part of our duty,” immigrants rights activist Greisa Martínez told PRI.

In DC, we are committing to counting everyone. Through our Mayor’s Complete Count Committee and our Census Grantees, we are partnering with over 15 agencies and advocacy organizations to reach every immigrant household in DC. Activities include bilingual census information sessions, weekly “Census Chats” out in the community and at schools, PSA’s and informational videos in multiple languages and developing trusted messengers in each unique immigrant community to help us spread awareness about the importance of the 2020 Census. So while it’s undeniably scary for a person who spends much of their life trying to stay out of the eye of government officials to voluntarily hand over any identifying information to the federal government, it’s really important. The risk is scary, but the result is worth it.